As per usual my socialising gets in the way of my Junathon blogging. But not my exercise thankfully.

It was a busy weekend with much love and lots of dancing occurring. I attended the fantastic wedding of 2 of my friends. They had their ceremony up at Dunsapie Loch in Holyrood Park. 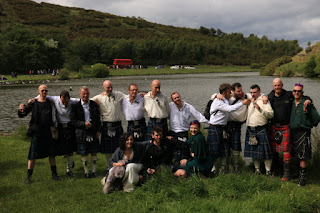 Was a lovely ceremony and as I walked there I managed to get some steps in too!

Myself and Ian then went for some food before getting ready for the eveing reception. More walking ensued, despite Ian's requst for a taxi home haha.

The reception was much fun also and usual I spent a good amount of time on the dance floor bouncing about like a crazy person!

Not content with dancing the night away til 1am when the festivities ended. Myself and my co-party animal Matt decided to go along to the last ever metal night Keep it Steel at Studio 24 to get some moshing in. There was a 5am licence so it seemed rude not to :). I think we were the smartest dressed people there still havig our wedding attire on.

And it was a night to remember. The last song played (apart from the theme tune to Cheers as the lights went up) was Bohemian Rhapsody where everyone sang along and danced in earnest. There were people crying by the end as we said goodbye to one of the best club venues in Edinburgh. RIP Studio 24.  I ended up with mild whiplash from all the moshing but it was worth it! 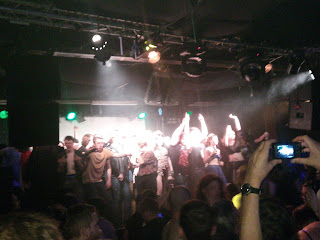 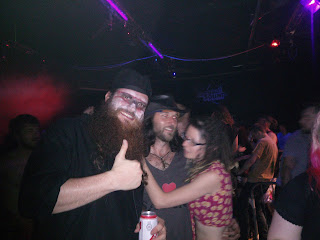 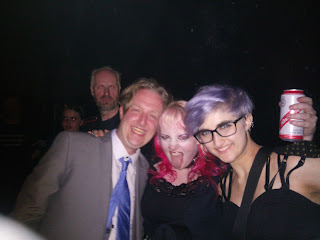