Day 12: Hands off my technology!

An uneventful run. Just a routine plod around Holyrood Park. The knee is still a bit twingy but holding up.

I thought I would be writng about some new gadgetry as I recently got a new Galaxy S4 which came with a Gear. It looked like a GPS watch type thing so I was kind of excited. However, on further investigation it is a rather gimiky (though very sleek looking) accessory to your phone - you can answer calls with it. I reckon you'll look like a bit of a tit talking into your wrist. I did like the camera though. But sadly no running-related apps :( Even the boyfriend was looking at it with interest and kept asking if I have figured it out and asking to 'play' with it. If I let this happen I may never get to use it as he will have basically stolen it. Though now we've discovered its "limited abilities" (in my mind) I'm not sure its as desirable as before! 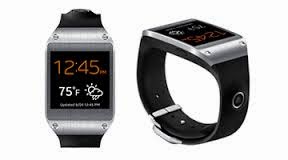 So I'm stuck with my Garmin forerunner. I'm not sure other people have difficulty with this finding satellites? As I think I have mentioned before it can take over a mile's worth of running to find them which is increasingly annoying. Thinking it is time for a new one but not sure what better options out there. I have also always found the design slightly uncomfortable to wear? Any recommendations would be appreciated. I don't like using my phone with running app too much as always scared of dropping it and only use it as an emergency back up.