Day 18: must learn - beer comes after running, not before

I must be starting to sound like an alcoholic - another blog featuring beer (and wine if I'm being honest). But its been another beautiful day and I am up at my parents cooking them a meal - well Ian cooked - I went out running! But not before a beer and some nibbles...bad idea. This is why my run was rather slow as I kept having to stop as I had a stitch.


The mud didn't help either - all this sun, I would have thought it would have dried up a bit which is why I went through the woods. But there were massive mud puddles everywhere which I had to tip-toe round. On the up side I found a new woodland route. A short one but still nicer than running along the road.

So not a very impressive run but I don't think it would have been one considering how hot it was and I really don't do well in the sun.

Here's some pics I took with my Gear watch thingy :) I thought, as my mum and Ian have both featured a few times, it was my dad's turn! So here he is enjoying the sunshine, which is unusual for him 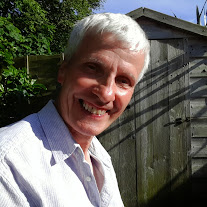 Stats!
distance: 2.3miles
time: 24mins51secs
beers consumed before run: 1 bottle
times I had to stop on my run due to said beer: at least 4