day 8: where I fail a bit at the (planned) running but get some awesome make-up done

So, I was supposed to be running about t 4-5 miles in the lovely sunshine up around the braid hills in Edinburgh, but due to a major error in my packing for work I forgot my run bra. I am a 34DD so really can't do without one of those specialised shock absorber ones. So instead I find myself in the Granton area of Edinburgh (in the dark once again) running past high-rise flats and not much else then back again the same way to collect the car. At least I did it a little bit faster and longer than yesterday.

The reason I was in this not-so-picturesque part of the city, was that I had to drop my boyfriend off at college where I was joining him to be experimented on later that evening. Now, don't worry I've not given myself over to some evil scientific evening class. I was off to get my make up done - though the results could maybe described as a little evil looking. I will leave you to decide... 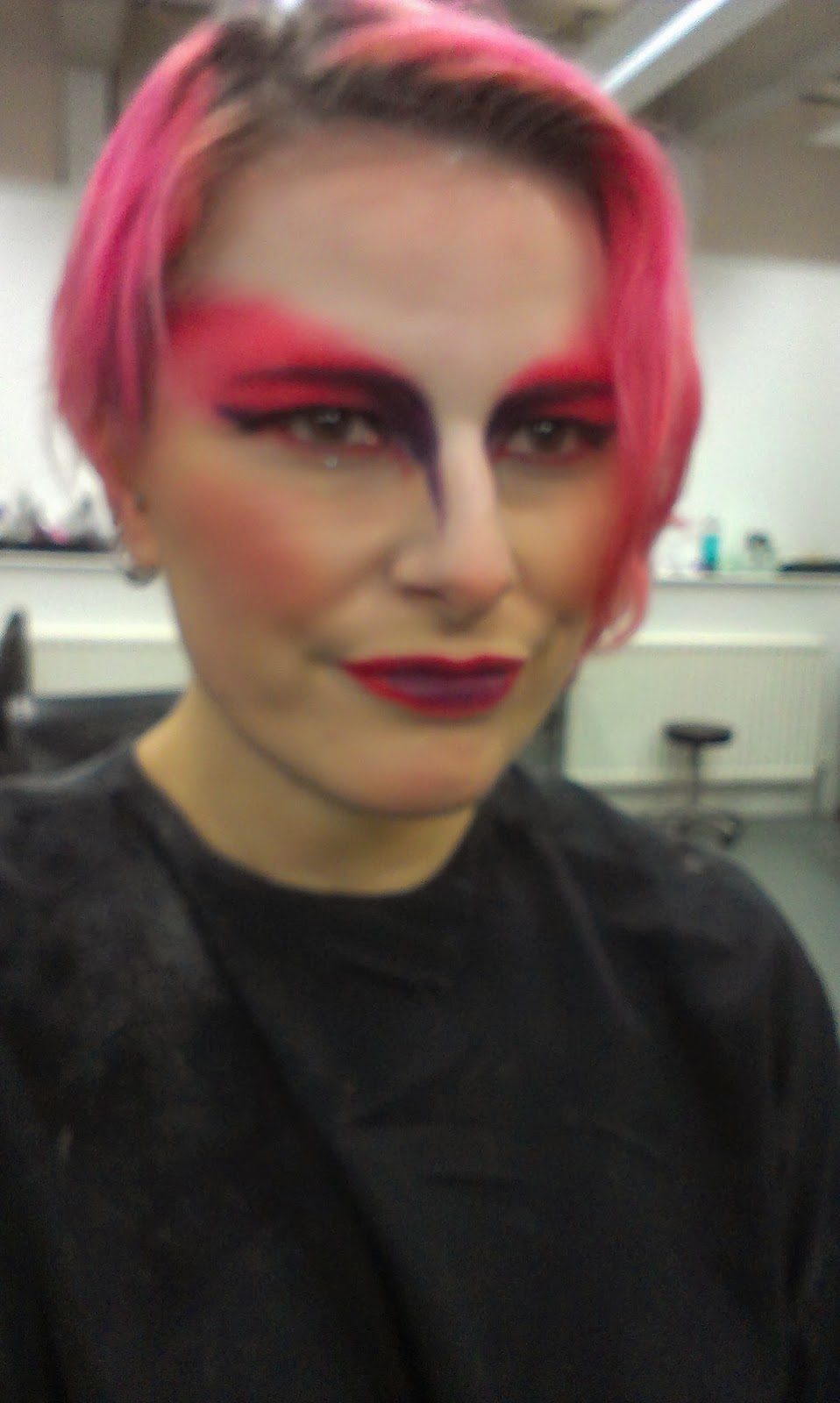 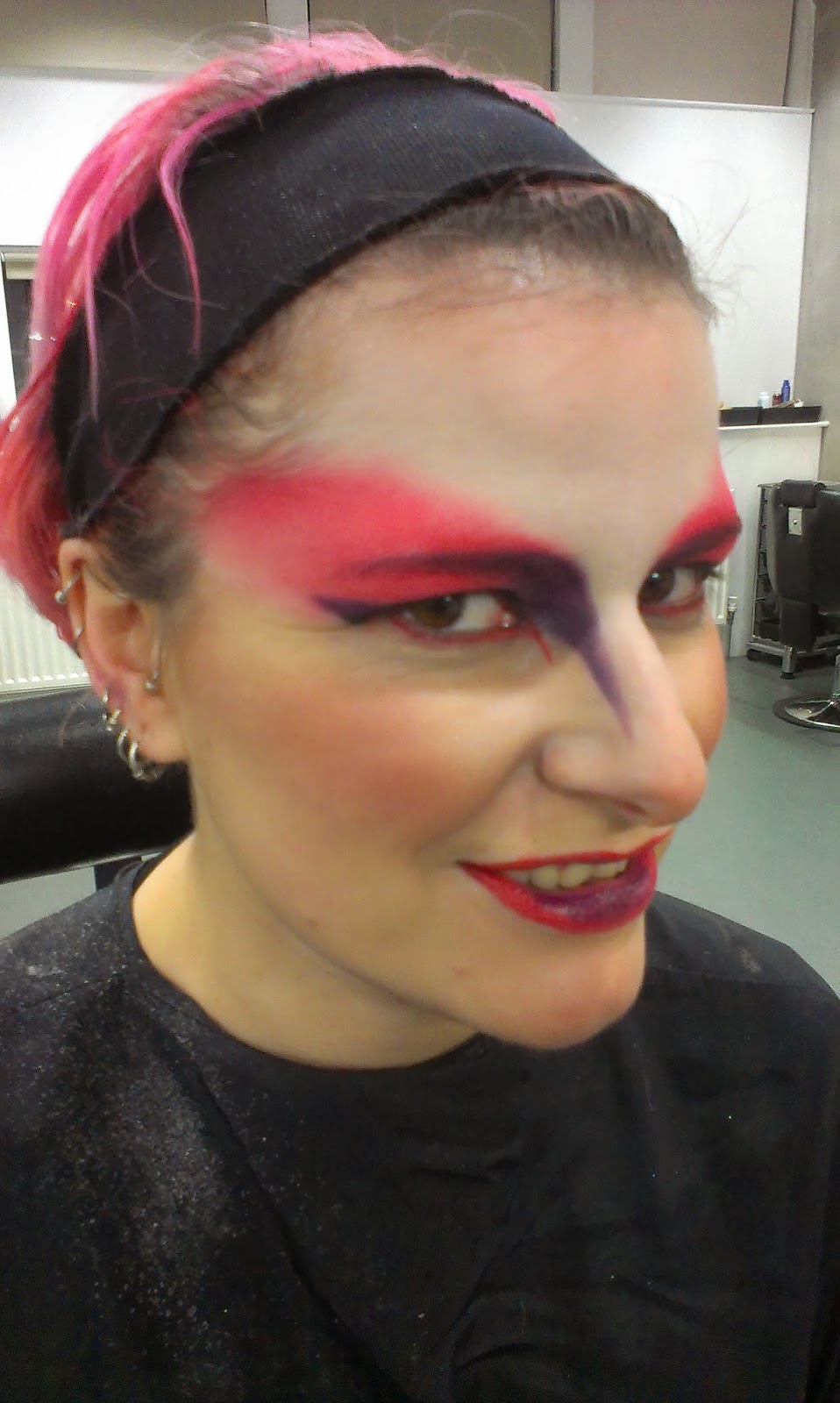